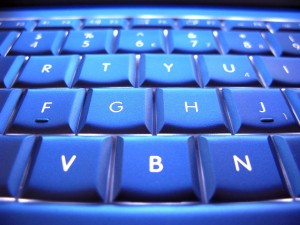 Have you ever thought about buying a marketing list but been put off by thinking you may already have some of the contacts on your in-house lists?

It’s a common concern and one that stops many people buying outside lists altogether. The good news is there is a way to acquire the contacts you don’t already have and it’s called a Net Names arrangement.

Let’s say for example your company has been a supplier to state government for the past 10 years. There are numerous government agencies and contacts you talk to on a regular basis but the concern is that there are only two years left on the existing government contract. Your CEO has instructed you to make the most of the time remaining by contacting the agencies which have not yet purchased but you don’t want to buy a list and find many of the contacts are already known to you.

The answer is to set up a Net Names arrangement with a reputable list owner. A Net Names arrangement will only yield the contacts or organisations you don’t already have. These kinds of arrangements have traditionally only been available to buyers of large lists but in recent times this has changed as customers seek value from smaller and more targeted lists.

To set up such a Net Names arrangement there firstly has to be agreement from both parties on the basis by which duplicates will be identified.

The process begins by matching the customer’s list and the supplier’s list which is known as a merge/purge or dedupe. Most Net Name agreements require that a minimum of 85% of the gross names be paid for and the customer may also be required to pay an up-front fee. This may increase the cost per record but will still be considerably cheaper than paying for records you already have. Every agreement is different and subject to negotiation.

It is advisable not to hand over your entire list for merging/purging – supply only the columns in the spreadsheet which the supplier needs to match both lists. Alternatively if you are comparing multiple lists you can access the services of an impartial third party data services provider such as The Database Department who have the expertise to manage lists stored across many different systems with different formats.

A-ZGovBIZ is a leading supplier of direct marketing lists and delivery solutions. They can be contacted at sales@azgovbiz.com.au or phone 02 95164703 for free advice and a quote.